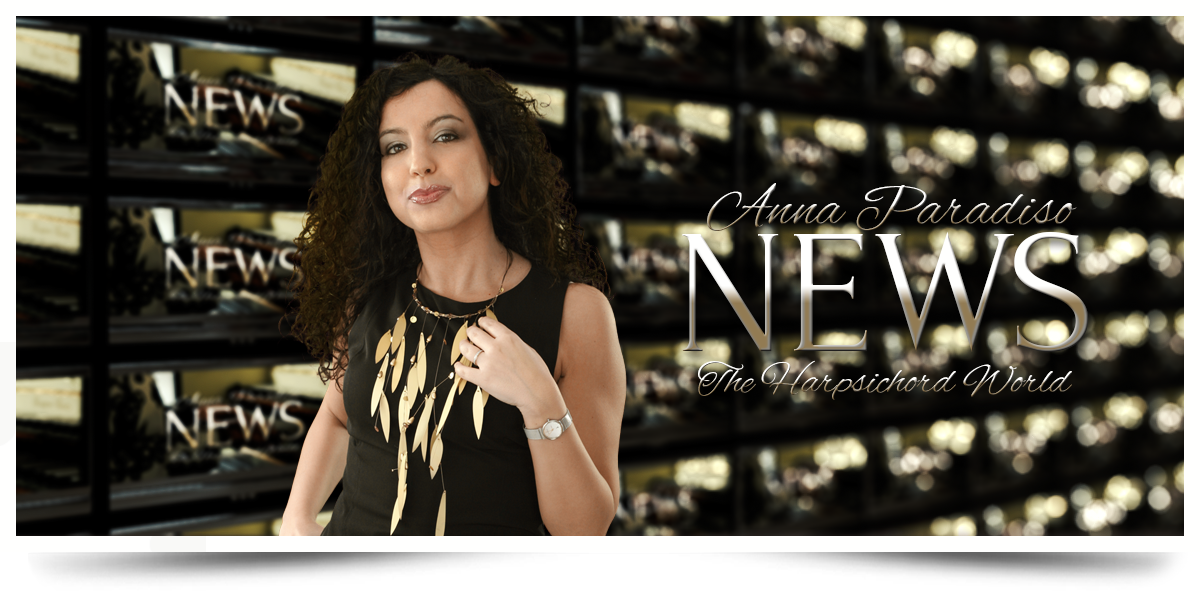 The past few months …

Autumn 2015 has seen Anna performing a solo-concert in Sweden with some highlights from her solo-album ‘Cembalo Paradiso’ (BCR), a concert with recorder virtuoso Dan Laurin for ILMA (Istituto Laboratorio di Musica Antica) in San Vito al Tagliamento, the recording for the label BIS of what is probably the most difficult baroque work for harpsichord (Bach’s harpsichord concerto BWV 1057) with the Swedish baroque orchestra Höör Barock, plus a number of other baroque highlights with this young, vibrant orchestra, under the musical leadership of Dan Laurin. Some concerts in the South of Sweden preceded this recording session. Anna has moreover performed once more as continuo player with Gävle Symphony Orchestra with violinist Thomas Zehetmair – and once more she received a special mention by the critic reviewing the concert. For the second time in 2015, she has performed in Hong Kong during December, a month that saw the conclusion of Anna’s work this year with two concerts with eminent Swedish baroque orchestra Drottningholm Baroque Ensemble. And now, for some vacation …!

Two brand new recordings are out right now and both got nominated for an International Classical Mus ...

2022 in the name of the Swedish Keyboard

There are cities and cities … UNESCO city Matera and conservatory “Egidio Romualdo Duni ...

September and October 2021 are months of  intensive tours and travels (always following anti-co ...

The 12th of September Anna & Dan Laurin celebrates Dante! As musicians, but also from a more lit ...